Small Businesses That Have Profited From NIL

By Jessica GambinoAugust 19, 2021No Comments

At roughly two months into the NCAA NIL era, there have already been several sponsorship deals. In spite of the rough start, this new era will undoubtedly generate a lot of money for both students and businesses.

Of all of these changes, it’s especially exciting to see the ways that small businesses have profited from the partnerships with their local student-athletes.

Hopefully, these examples will inspire you to partner with an athlete for your own business:

Wright’s Barbecue, a local Arkansas restaurant, has partnered with the entire offensive line of the Arkansas Razorbacks football team.

Several of the athletes went to Twitter to announce their latest sponsorship, posting with the hashtags, #BodyByBBQ and #WrightsAthlete.

Although the owner of the barbecue joint didn’t reveal his sponsorship details, he did share that he was glad to support the athletes while also hoping the increased exposure will inspire others to support the brand.

Her post on Instagram received over 400 likes, and brought the business in front of a newer, bigger audience.

One of the first to hop on the NIL train was Jackson State defensive end, Antwan Owens.

As an HBCU athlete, Owens was a perfect fit for 3 Kings Grooming. The company wanted to shine more light on HBCUs, historically black college/universities, since the main colleges usually get all the credit. 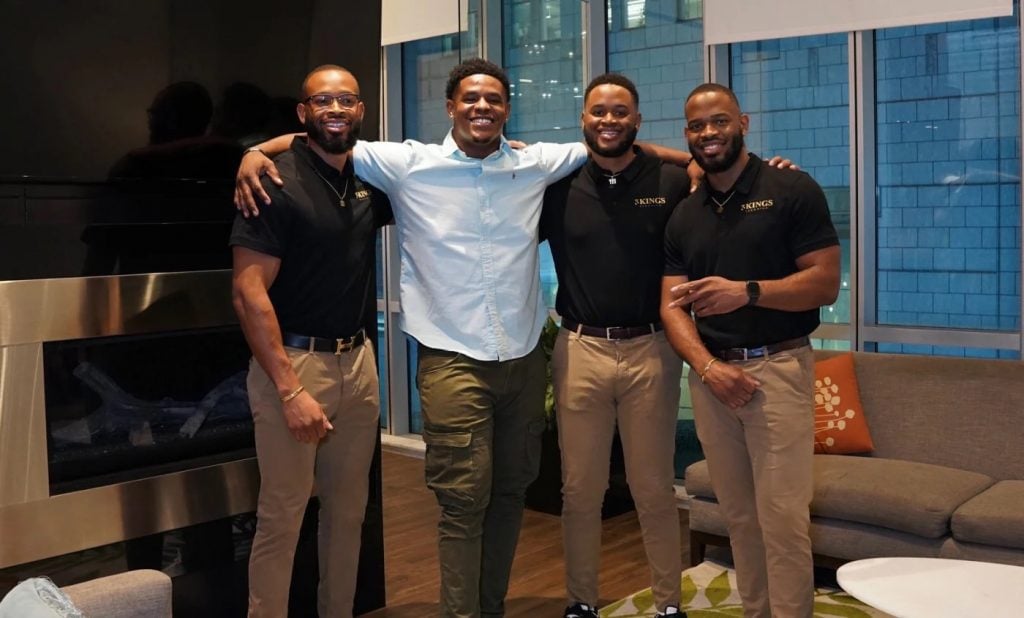 Why Should I Support NIL?

While there are obvious financial advantages of taking up a sponsorship with an athlete, there are also additional benefits to supporting a college student.

By supporting an athlete, you acknowledge that players are the asset, not the association. This kind of support goes a long way – especially for a local community.

Additionally, you will be helping college athletes be rewarded for their hard work and effort, which will make others more inclined to trust your brand.

From small scale to large scale, the NIL world has something out there for everyone.

Need help navigating a deal of your own? Contact us today!