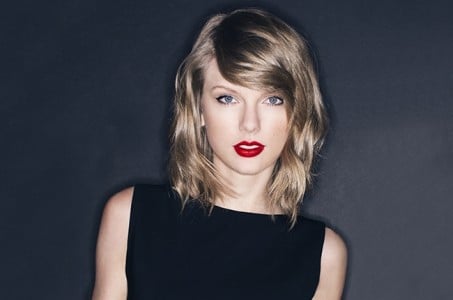 Most know Taylor Swift as the country singer turned pop star, but to some, the “Shake It Off” singer is viewed as a marketing guru. Examining Taylor Swift’s marketing strategy could be beneficial to anyone looking to establish a well-known brand. 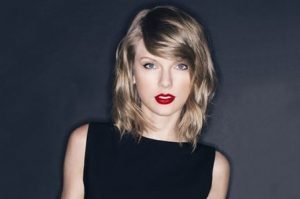 With the release of her latest album 1989, Swift has recently set off on a world tour of the same name – and her estimated earnings for this year have been projected to be over $100 million.

To pull off a complete genre makeover, Swift had to be careful not to lose her original fan base. Despite having not released new music in over a year, Taylor repositioned her brand flawlessly and maintained her loyal following.

In the business world, companies face similar issues. Companies often must attempt to win back customers after a period of inactivity or retain an existing client base while rebranding.

So how did she do it? With the help of Entrepreneur.com, we’ve broken down Taylor Swift’s marketing strategy and explore her tactics for retention marketing. 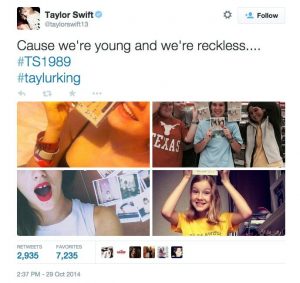 Taylor took to Twitter to “stalk” her fans and interact with them personally using the hashtag #taylurking.

Entrepreneur.com explains how Swift uses her various social media channels to better understand her fans and create personalized experiences. One example of this is when Taylor created the hashtag #taylurking on Twitter.

Companies can take note from this tactic, and take to their social media outlets to really get to know their client base. Get personal by interacting with your customers, and they will have a greater sense of trust and positive associations with your brand. Personally responding to your customers on Twitter or Facebook is an efficient way to build a great reputation.

Entrepreneur.com also mentions that Taylor Swift decided to create an amazing experience called “Secret Sessions” for her die-hard fans and social media influencers where groups of 89 were invited to an album-listening party hosted by the singer herself.

It’s important to realize that without your customers, your company wouldn’t be able to thrive. Building substantial relationships with your customers by showing you care about them with reward programs will give your brand the edge it needs to beat out competitors and retain your customers. Giving out coupons or discounts for repeated purchases of services by loyal customers is a good way to say thanks. 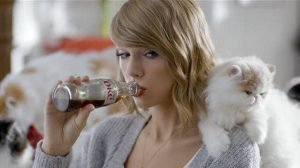 Swift’s partnership with Diet Coke creates positive brand associations for the pop singer and allows her to promote her newest album.

In addition to rewarding her fans and getting personal with them, Swift is also known to team up with big companies like Coke, Target, and Twitter. In a recent Diet Coke commercial, Swift is seen with kittens taking a sip of diet coke while a song from her album entitled 1989 plays in the background. The partnerships and advertisements assures that her brand is associated with other powerful brands that are seen everywhere. Taylor also enjoys the opportunity to promote her own album and brand while working with big companies.

Create Your Own Brand Channel and Product Previews

Last August, Taylor Swift’s marketing strategy jumped a whole new level when her team decided to live-stream a talk-show like presentation on Yahoo to announce her latest album1989. During the live show, Taylor spoke about her album and previewed her music video to “Shake It Off”. Companies can take note from this tactic. Customers want to know the stories behind products or your brand. It is important to build a trusting relationship with your client or fan base. Previewing future products with demos, or in Taylor’s case a music video, shows your customers or fans you care about them and want to see that they are understood and happy.

Taylor Swift is not only a musical sensation, she’s a cunning businesswoman that many could learn from. Through tasteful marketing tactics, Taylor interacts with her fans and proves she understands that they are imperative to her success. The pop star managed to achieve great success and retain her loyal fan base despite reinventing her brand entirely. Are you looking to expand your brand or retain your loyal customer base?

Contact Sweet Rose Studios for more information on how to improve your company’s marketing strategy today!